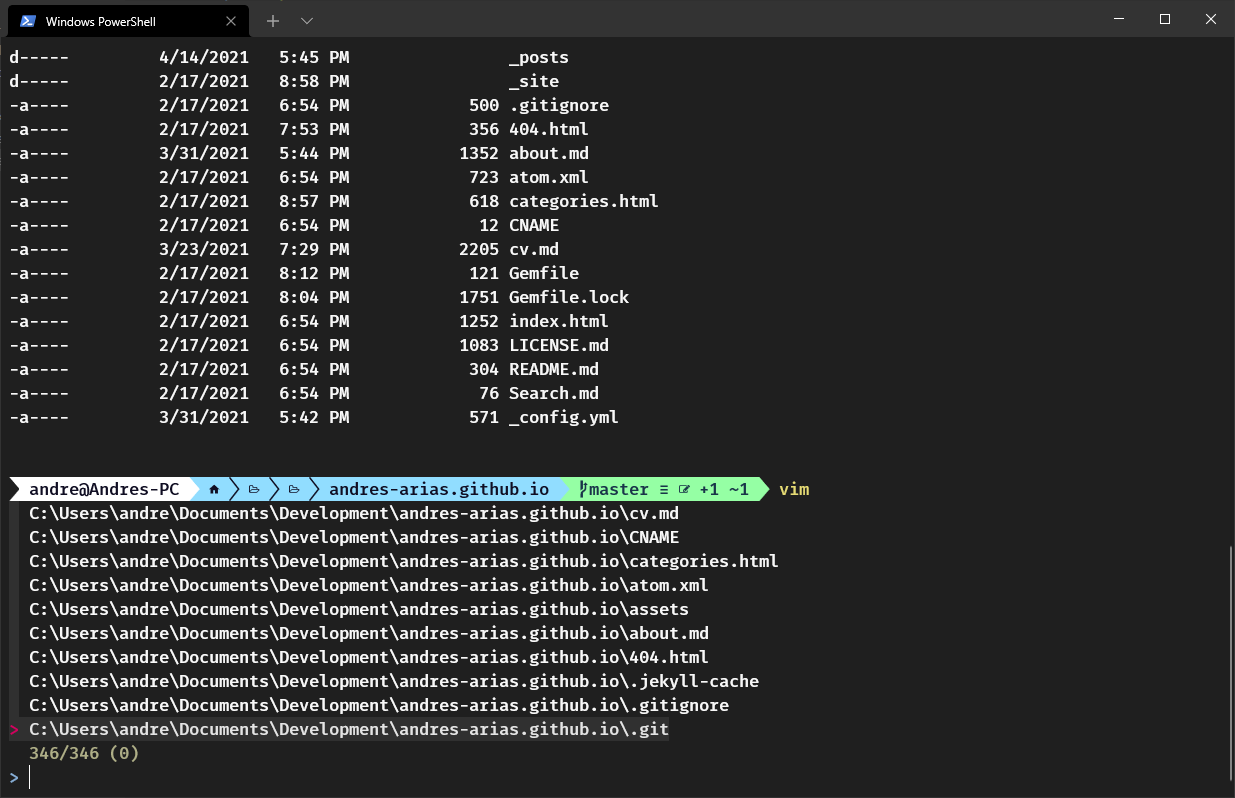 Last time I wrote about my development setup on Windows 10, I suggested using the Windows Subsystem for Linux (WSL), and I still think this is the best (or most confortable) approach for most Unix people. However, you might find yourself in a situation where you can't really use WSL, such as needing to compile Windows native binaries or your company-issued laptop just won't allow it.

After much pain and unwillingness to dedicate more time to Cygwin, I said "screw it" and went the Windows-way (not without some initial resistance of course) and found out that you can get a pretty "Riced Unix" feel with PowerShell easily, and that PowerShell is actually good. So here's a writeup on how I got it working the way I like.

You know you need it. You can get Git for Windows here.

About Andrés Arias
I'm a Computer Engineer from Costa Rica working as an Embedded Software Engineer. Here I write about the experiments I'm working on and the things I learn.